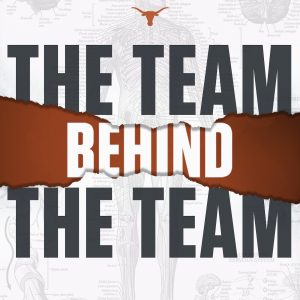 The Team Behind the Team
E20 | Tracy Fober: Bridging the Gap between Sport Medicine and Performance

Tracy Fober has a unique perspective in performance after having served as a physical therapist and strength & conditioning coach. She visits with Donnie Maib and Mike Hanson to share her thoughts on a variety of topics including how proximity breeds collaboration, gaps in returning athletes to training, the importance of leadership in high performance, as well as problems and solutions for discrepancies between men’s and women’s sports.

Tracy Fober is a performance coach, physical therapist, and owner of Iron Maven Performance Health in Park City. She previously worked with US Ski & Snowboard leading into the 2018 Winter Olympic Games. For the past two decades she has coached and assisted athletes of various levels.

This episode of The Team Behind the Team was mixed and mastered by Alejandra Arrazola and Sofia Salter.

The Team Behind the Team
E13 | Bo Sandoval: Strength & Conditioning

This episode features a coach who has a wealth of knowledge and is loaded with lessons that are applicable for both young and veteran coaches alike. Director of Strength & Conditioning at the UFC Performance Institute, Bo Sandoval shares his approach to collaborating with coaches and athletes, how seemingly small opportunities can move your career forward, the importance of adding versatility to your role, and much more!

Coach Andrea Hudy and Dr. Phil Wagner hop in the booth to discuss their paths that led them to working in sport, the role of data in performance and insight that data can provide, gaining coaching experience, diagnosing needs of athletes, what makes a good coaching candidate, and much more.

The Team Behind the Team
E10 | Amy Culp: Performance Nutrition

Nutrition is an important puzzle piece to performance which led to us to our next guest, University of Texas Director of Performance Nutrition, Amy Culp. Amy discusses her path to becoming a director in addition to establishing a nutrition department at UT. She gives insight into collaborating within the performance model, factors of fueling for performance, establishing buy-in from athletes, nutritional considerations for injured athletes, and addressing eating disorders.

Amy Culp is beginning her 9th year as a sport dietitian at the University of Texas. She is both a registered and licensed dietitian and is board certified in sports dietetics. She is an active member of the national and local chapters of the Academy of Nutrition and Dietetics, Collegiate and Professional Sports Dietitians Association (CPSDA), Sports, Cardiovascular and Wellness Dietetic Practice Group (SCAN), and serves on the board for CPSDA.

The Team Behind the Team
E7 | Sheri Walters: Sport Medicine

This month, Sheri Walters joins Donnie Maib to discuss a performance model from the lens of sport medicine. Sheri shares her professional journey that has led her to Texas A&M and how her philosophy has evolved over the years.  She dives into topics relating to performance versus safety, recovery modalities, return-to-play strategies, collaborating with sport coaches and strength coaches, and continued education.

Dr. Sheri Walters most recently served as an assistant professor at A.T. Still University in the Department of Kinesiology while concurrently serving as a consultant for USA Women’s Ice Hockey. Sheri has served for a variety of companies and teams over the years including for US Paralympic Track and Field, EXOS, Indiana State University, the Detroit Shock, and more.

The Team Behind the Team
E6 | Brett Bartholomew: Strength & Conditioning

Brett Bartholomew stops by the booth to talk shop with Donnie Maib. Brett dives into a plethora of topics that expand the role of performance coaches. He revisits the intricacies and importance of building buy-in, having transparent communication, and having skin in the game. Other subjects that Brett shares his thoughts on include his influencers, the process of writing a book, the governing bodies of certification, marketing in strength & conditioning, adding value to yourself and others, and career evolution. It’s imperative to note that Brett’s principles can be applied far beyond strength & conditioning!

Brett wears many hats as a strength & conditioning coach, best-selling author, philanthropist, and more. His experience includes coaching athletes in the private sector, collegiate field, and in the U.S. Special Forces. Altogether, Brett has coached a wide-range of athletes from youth athletes to Olympians across 23 sports. For more information, visit artofcoaching.com.